Just some Words that Rhyme

Just Some Words that Rhyme

I found out I was pregnant with my first born on June 23rd, I was 23 years old. My now husband and I just moved into our new house, we were engaged to be married that November. We planned on trying to have kids about a year or so after we got married. But, at the time, kids were far from our minds. We finally had a home of our own and was ready to party. Well, atleast that was our plan. But God had a different plan. I had not been feeling well for about a week, but what really got me was when the thought of beer made me want to throw up. I was a beer drinker, so if I didn’t want a beer something was wrong. I purchased a pregnancy test, but honestly, I didn’t believe I could be pregnant. I truly thought I was going to have trouble having kids because I didn’t have normal cycles and I had a lot of female issues. Boy was I wrong. The test showed positive. I was in disbelief, scared, nervous, NOT READY! I didn’t know what to think. How could this be happening now? This wasn’t part of our plan? We are not ready to be parents yet, we are not even married yet. We are suppose to have our party year first and get use to living together. We were suppose to be able to walk around the house naked if we wanted to, stay up all night and sleep all day, not be responsible, the fun stuff! I went to work the next day still in disbelief, still scared and nervous. I worked at a vets office at the time and I told a close friend of mine, so we decided to do an ultrasound just to see. There it was. A little tiny flicker of a heartbeat inside of a perfect little peanut. My eyes filled with tears and my heart fluttered with joy. I’m going to be a mommy! At that moment, all the fears went away and the only thought in my head of of my precious baby in my belly. I was in love!

Not one time during this anxious time of uncertainty did the thought of abortion cross my mind. Even though I felt unready and scared, I was going to be a mommy, there was no changing that. Our lives aren’t planned by us. My baby boy was ment to come when he did. If things had went as planned, not having kids until a year or so after we got married, I wouldn’t have my handsome, loving, 8 year old boy. There would be another child giving me hugs and kisses, but it wouldn’t be him. The lord blessed me with my son when he did, because it my son was ment to be here. If things had went as planned, I most likely wouldn’t have my beautiful little 5 year old girl. Our lives would be totally different. Nothing went as planned, but it turned out even better! Our lives don’t go as we plan, they go as he plans. I must say, I’m glad I trust and believe in what he has in store for us, because his plan is much better than mine! 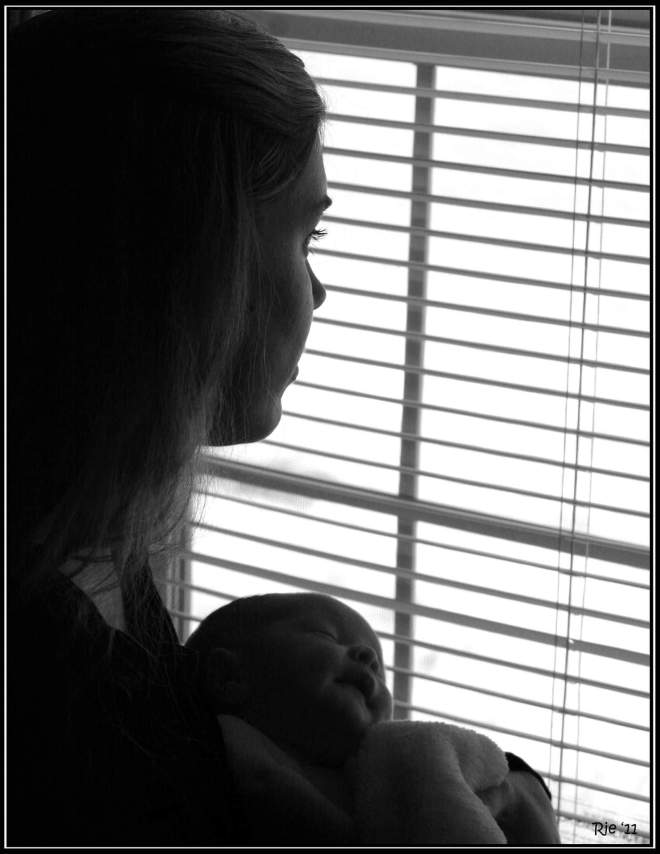 I am Mandy Vinson and I am a singer/songwriter, author, blogger, and on occasion and dabble into poetry. I am a wife, a mother of two children and a child of God. My hobbies include playing games with my kids and spending time with my family, being outdoors, writing, playing guitar, and singing. View all posts by Mandy Vinson